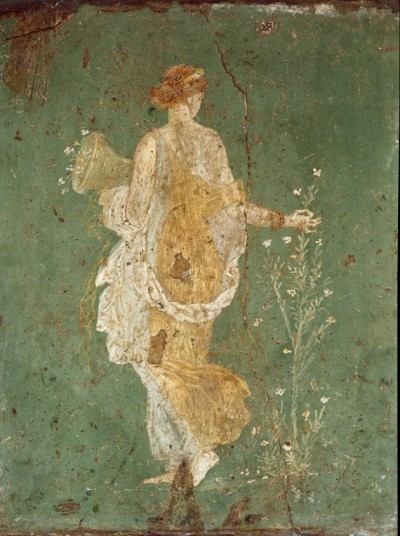 It is astonishing to me that I am able to look upon this lovely image of a woman gathering flowers, every morning when I wake up, for a print of it hangs on my bedroom wall.  The original fresco was painted about 2000 years ago, in a villa built for the Roman nobility, overlooking the bay of Naples. The villa was in Stabiae, a town which was destroyed in the same volcanic eruption of Mount Vesuvius that destroyed Pompeii and Herculaneum. So the painting has its dark history even as it emits light.

I have gazed upon this image on bright mornings and dark mornings. She gives me solace and beauty, even as she walks away from me. This is the power of art: that it can transport us to another time and place, seed a story, and open our eyes to wonder.

Today is the vernal equinox, though depending on where you live it might’ve been yesterday on the calendar. There is a wonderful article over at the Farmers Almanac to describe why this date shifts: it has to do with leap year, and it will be on March 19 or 20th now for some years instead of on the 21st as it has been. Equinox of course is the time of equal light and dark as we hang in the balance on the wheel of the year. At this equinox I feel a precarious balance between the bright and the dark. I’ve had another spring fall.

As this day, or sabbat as it is called on the wheel of the year, is called Ostara, I went on another Internet search to find the source of that name. Once again I found myself time traveling, this time back to Anglo-Saxon England and the venerable Bede who is the first and perhaps only chronicler to write about Eostre, which is often conflated with Ostara. It was picked up later by one of the brothers Grimm but the provenance of this name is very murky. Still we celebrate this time as the coming of the brighter half of the year and of many flowers.

May you too feel the stirrings of brightness within you. 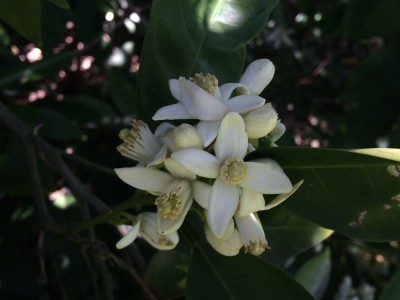 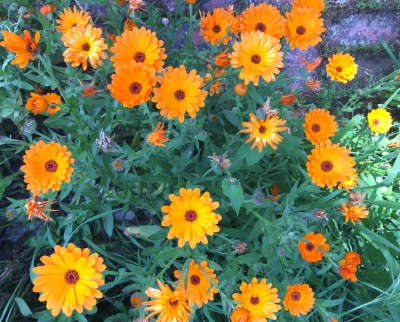 Next post: Make Your Mark in a Calligraphy Class