Not merely scribble
to record the selling of cows

I was inspired to create this work by the books of archeologist Marija Gimbutas, whose theory was that the first writing actually predated Sumerian businessmen by a few thousand years, and instead grew out of symbolic marks on ritual objects made to venerate the Great Mother in Old Europe. The idea that writing came out of a spiritual place rather than a commercial one appeals to me as a calligrapher. I invented an alphabet style based on Gimbutas’ catalog of marks in The Civilization of the Goddess, and in the background of the paste paper used symbols found in the 5000-year-old passage grave Newgrange in Ireland, whose meaning has never been fully understood.

The painting from which this print is created was made as a study in advance of the book, which was later made into a limited edition available  here. It uses an early version of the poem; later I revised it to remove the specific reference to cows and substituted livestock and property. 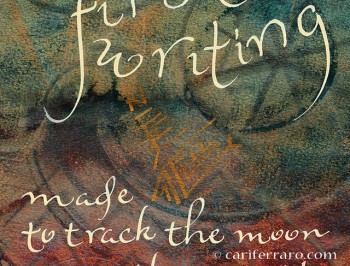 Circles of Our Lives print

Do Not Stand at My Grave card

Grow Old Along With Me card

Grow Old Along With Me print

I Am The Beauty card

Let My Worship Be card

Lord of the Dance card 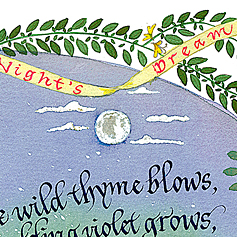 The Holly and the Ivy card 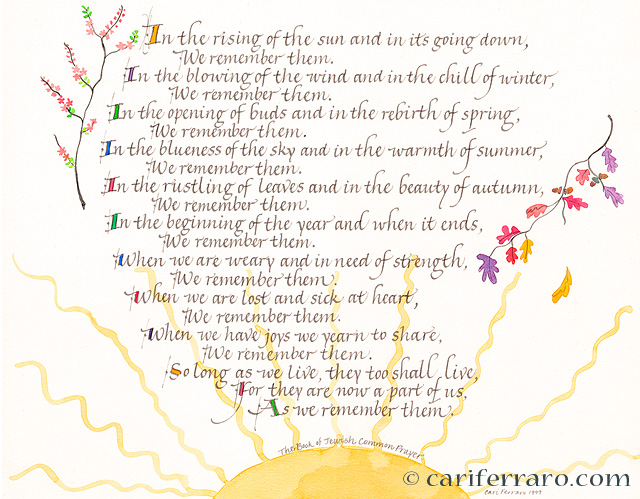 We Remember Them card

Wheel of the Year card 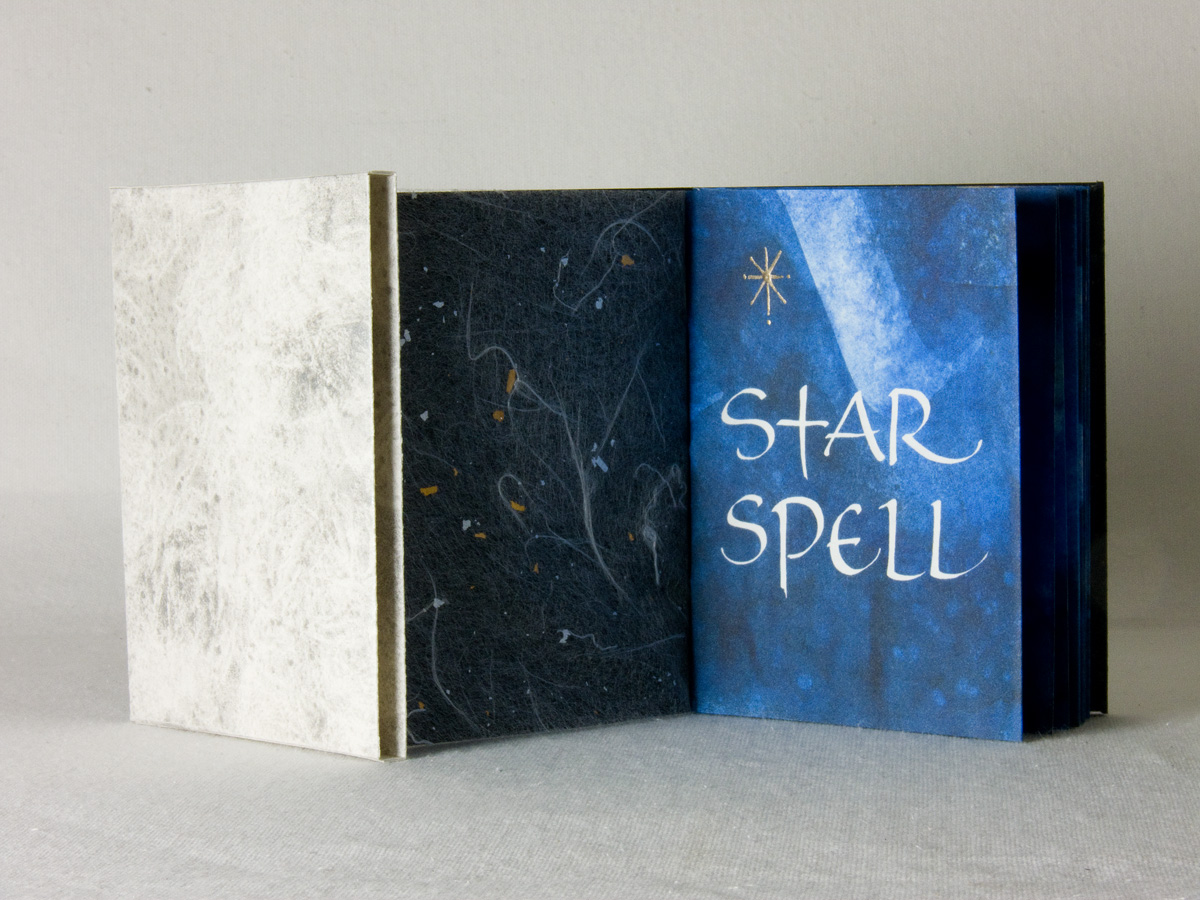