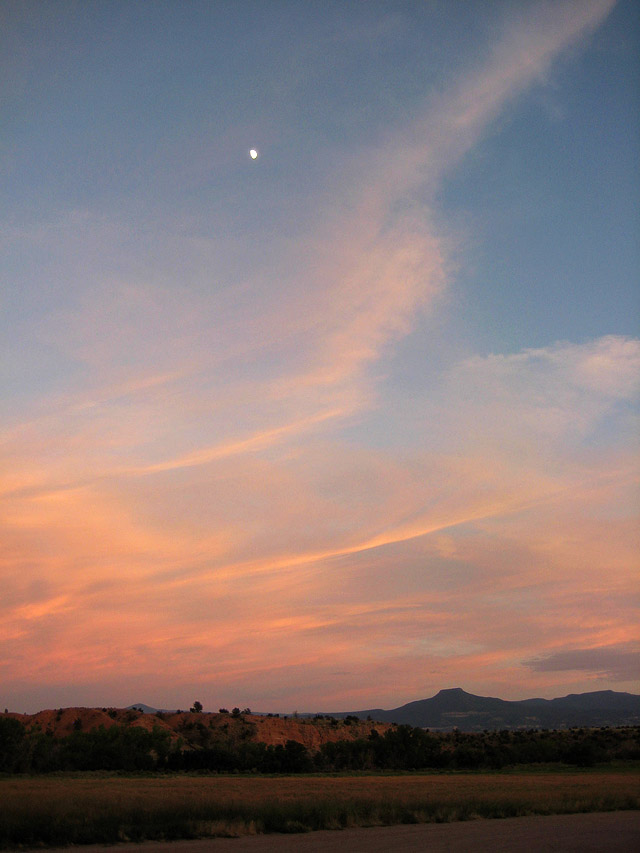 Cerro Pedernal in northern New Mexico is one of the world’s many mystical and legendary mountains. My favorite moment with it was a summer sunset under a bright gibbous moon. This distinctive flat-topped mountain, part of the Jemez range near Abiquiu, is visible from the Taos road, and all around that country, and most famously from Ghost Ranch, where this picture was taken. Pedernal is the Spanish name for the mountain, and Tsee p’in the Tewa name for it, both meaning flint, or flaking stone mountain. First peoples harvested the cryptocrystalline quartz here which was highly prized for projectile points all over the Southwest; some have been found that date back 11,500 years.

Georgia O’Keeffe, who lived part of each of her years in New Mexico at the ranch, painted this mountain often, and said “If I paint it often enough, God will give it to me.” And after she died, she was granted her wish, and her ashes scattered on the top of Pedernal, ever to be part of the mountain she loved so much.

In New Mexico, it’s all about the sky and the mesas. Here the mountain blends into an oncoming blue storm cloud. 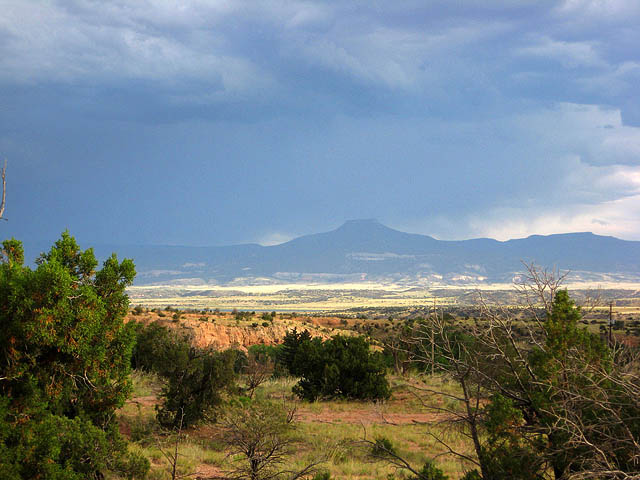 The storm seems to swirl around the top of the mountain, or emerge from it. Its blue deepens to purple. 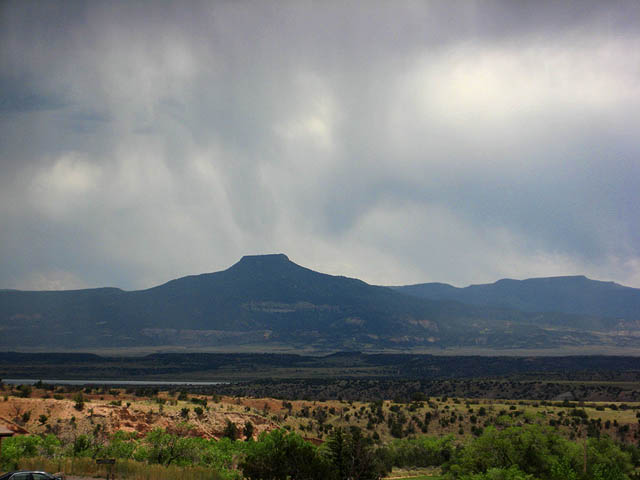 Cerro Pedernal is one of several mountains said to be the birthplace of Changing Woman, the Navajo Great Mother who created the world and the people in it, before retiring to her island out west in the ocean to live with her husband the Sun. Many stories are told of Changing Woman, but no pictures of her are made, unless it is images of the mountains and sky and ocean, the Earth Herself in all her changing ways. 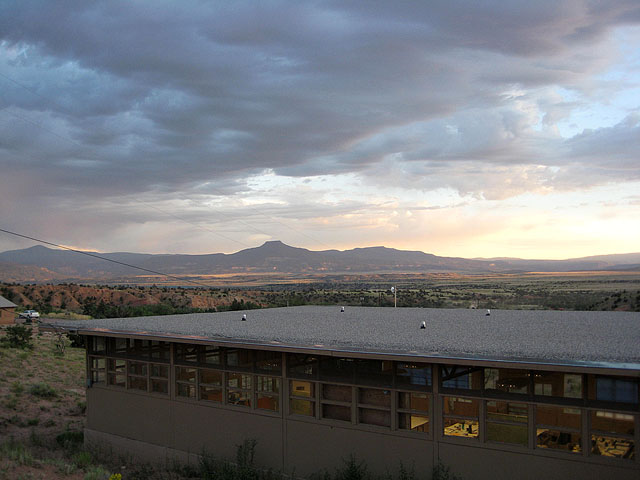 We made art in the classroom at the top of the mesa at Ghost Ranch, under the enchanted sky and in the presence of the sacred mountain. The weather can blow up quickly into a summer storm and clear later. The sky is always changing.

I made a paste painting of the mountain using a stencil cut from matte acetate. The line of this butte is so distinctive, there is not another like it. Its east-west side looks like a sharp triangular point; all its length runs north-south, making its silhouette very sharp in reality as well as visually. 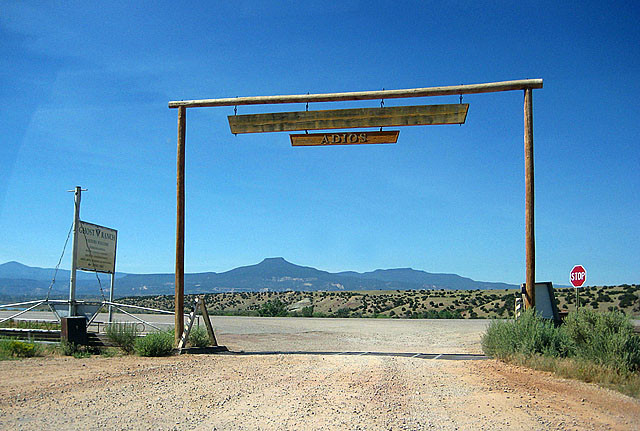 When it is time to leave, Adios, says the gate. Come back soon, says the flint mountain.

Previous post: Spelling Words on Exhibit at the Book Club of California