Magic at the Revels 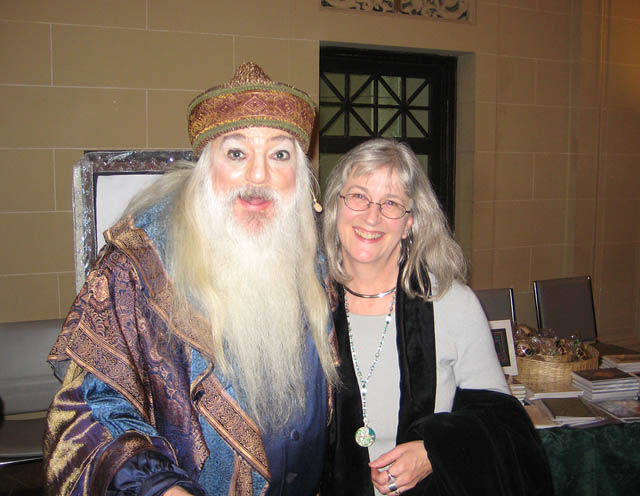 Magic is woven throughout the entire experience of Revels, but this year it manifested in the mythic form of Merlin, for California Revels visits the court of King Arthur and Queen Guinevere in the great hall at Camelot. Merlin (as performed by Kim Silverman) enchanted on the stage, and after the show, in the lobby, where he performed sleight-of-hand for the enraptured children (grownup children as well), and kindly agreed to pose for a photo with me. Yes, all of that white hair is authentic!

The show this year drinks deeply from the well of myth that is still so present in the earliest medieval stories and songs. King Arthur is generally believed to have lived, if he did, in much earlier times, very likely at the end of the Roman era, but the stories began to be written down and illustrated in the twelfth century and so these are our images of all things Arthurian. I loved the ancient music, the sumptuous costumes, the beautiful dancing, all Revels hallmarks. This year they used giant moveable panels painted on one side with a manuscript’s flowery border, and on the other side with three iconic female images from the major arcana of the tarot. They were, fittingly, Justice, Temperance, and the Star, and their use near the end of the play to conceal, reveal, and then finally conceal the once and future king from our sight was a wonderful interpretation of Arthur being borne away to the Isle of Avalon in a boat attended by three queens. These three were said to be the Lady of the Lake, Morgan Le Fay, and Nimue, who enchanted Merlin away from the court to sleep in a hawthorne tree, and perhaps return again one day with the king.

The final departure of Arthur is a fine metaphor for the death of the old year and the rebirth of the sun, as written by Tennyson in Idylls of the King, when Sir Bedivere, the last remaining knight of the round table,
. . . thought he saw, that speck that bare the King,
Down that long water opening on the deep
Somewhere far off, pass on and on, and go
From less and less and vanish into light.
And the new sun rose bringing the new year.

Here I am performing my own sleight-of-hand in the lobby, with the prints and cards I’ve made for years and which sell at many of the Revels shows around the country in December. The “Letter to a Friend” print is clearly displayed, my most medieval work, and through the window you can see the lights on the lake. Outside the full moon rode high over the lake and a light mist fell. Replete with celebration I could almost imagine wandering into the Mists of Avalon. 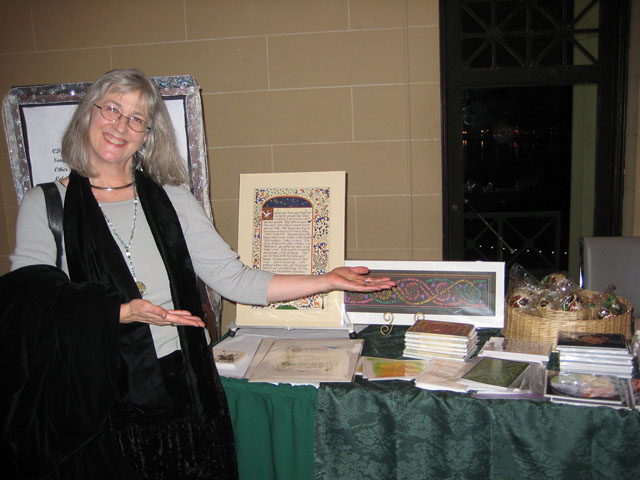 A word about the marvelous theater: The Scottish Rite Center facing Lake Merritt in Oakland is the site of this annual celebration, and the building itself is a wonder. It’s imposing marble facade is decorated with great doors inscribed with symbols, for this place is the home of the Scottish Rite Masons, a specific branch of the Freemasons. On the night we attended, we were honored to be in the audience with 100 of the Masons, who attend on a certain night as the brotherhood they are. As we were going out of the theater at intermission, I was still pretty bouncy from dancing to The Lord of the Dance with my family, and accidentally jostled an older gentleman. I excused myself and with utter dignity he replied, “not at all,” and looking at him I suddenly knew him as one of the Masons, reserved and solid (he was not bouncing), but still in the dance, steady on.

The theater itself is a lovely round-domed interior which can contain over a thousand revelers, and the entry hall downstairs is just as grand. Stepping into this building you know you are going to have a wonderful time, and many celebrations and auspicious gatherings have happened here since it was built in 1927. Everyone gets dressed up to go to this hidden gem of bygone days, to celebrate and connect in the old ways.

If you are in the San Francisco Bay Area, there are five more performances, December 16-18. This is one of the best Revels ever! 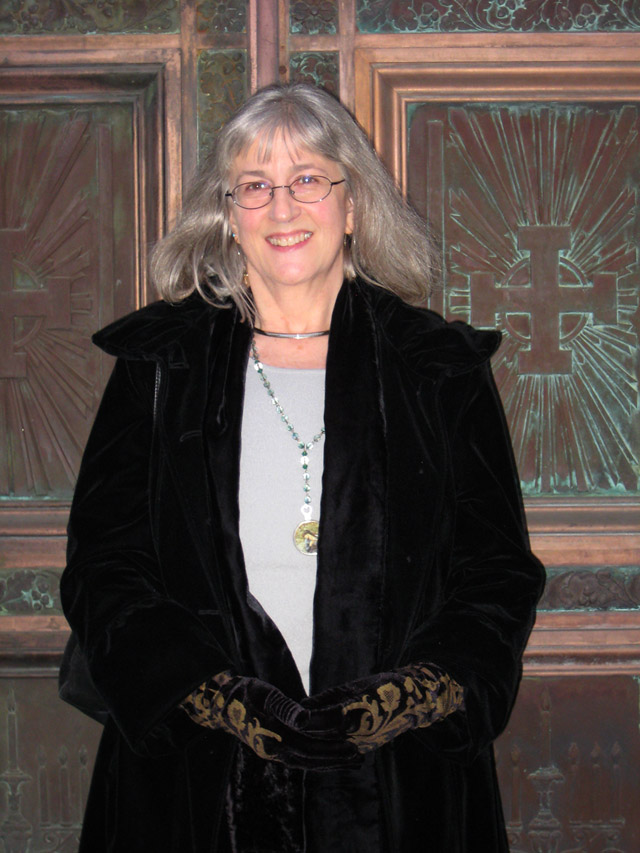