The Story of Writing and A History of Calligraphy 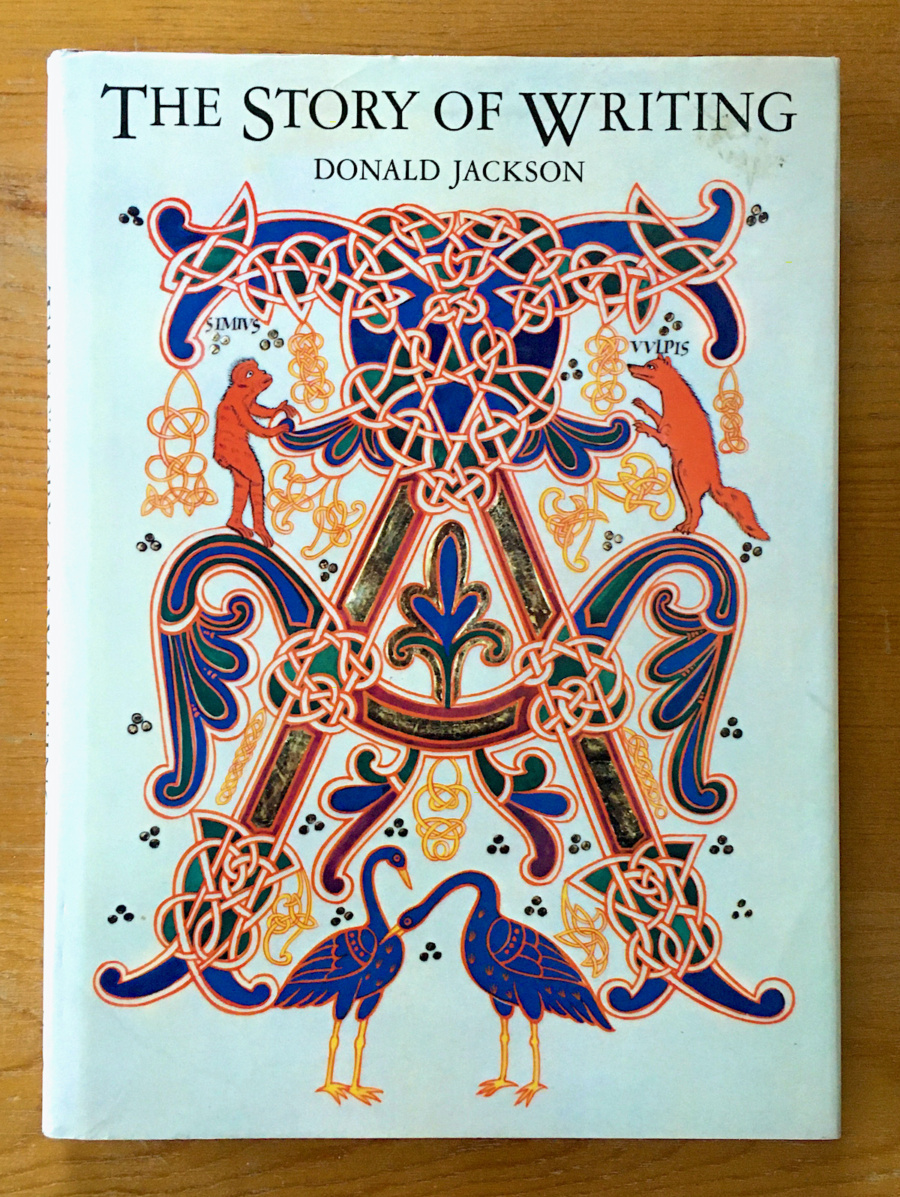 Why study the history of calligraphy? Because once the first components of the craft are mastered, that is, the tools, the scripts and an understanding of the text, then the calligrapher will most likely begin a quest for his or her spiritual heritage. As in any other aesthetic tradition, the art of writing has a noble history, and all of modern calligraphy, no matter how experimental, has its roots firmly in its traditions and its past. Studying the ductus of an old script is useful, but a grasp of the time and culture that produced the script will give a clearer understanding of how that writing was an expression of its culture and the human spirit of its time. For calligraphers who feel adrift in modern culture, unsure of their place in the “art world” or indeed in the larger society, as computers come on the scene and we hear yet again of the demise of handwriting, a look at history provides some perspective and some comfort. Two books published within the last year offer different views of that history. 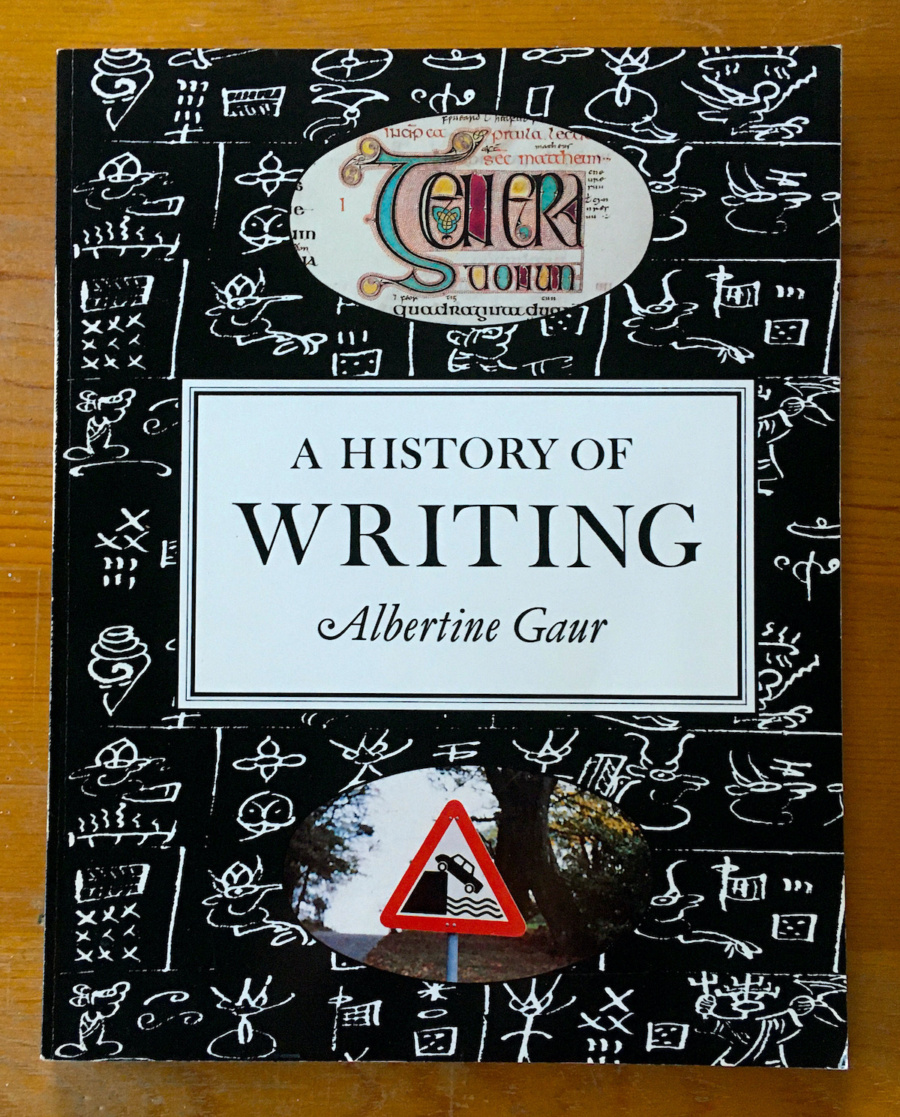 Albertine Gaur’s A History of Calligraphy provides the broader, though more scholarly, view. She includes three cultural traditions in her scope: the Western, the Arabic and the Chinese. Her previously published book, The History of Writing, was an exhaustive tour of world scripts, but here she confines herself to script that becomes “a visible declaration of cultural unity,” calligraphy being a sort of a “corporate logo” for the culture.

Gaur defines calligraphy as “an expression of harmony as perceived by a particular civilization. The calligrapher is in harmony with his script, his tools, the text and his own spiritual heritage.” Her work at the British Library in charge of Oriental manuscripts has provided her with a discerning knowledge of calligraphic manuscripts of Middle and Far Eastern cultures. The book is best for its insights into calligraphic traditions other than our own, but there was little in the Western calligraphy section that is not available more insightfully from other books.

It was interesting to discover that Arabic calligraphy follows a set of rules for construction similar to our own pen-widths, that is, the “rhombic dot,” a diamond whose size is dictated by the pen’s width, which then determines the rest of the alphabet’s size and weight. Even Chinese character writing takes place within an imaginary square divided into nine equal sections. Each of the three cultures has prescribed rules within which the calligrapher labors for the ever elusive expression of spirit.

For those who want to know, Gaur examines the many historic scripts of each calligraphic tradition with the same thoroughness, which means we are treated to the Arabic and Chinese counterparts of Merovingian, Insular Minuscule, and so on. Though this is a more complete, scholarly approach, I wonder if any but the most multicultural scribe will want to know the fine points between medieval Diwani and Shikasteh scripts. On the other hand, having more knowledge increases our visual appreciation for calligraphy when we cannot read it, and looking at such calligraphy sometimes provides that sudden shaft of illumination that transforms our own work into something quite different and fresh.

The Arabic and Chinese traditions of calligraphy were never merely utilitarian, and so were not trampled by the encroachment of the printing press. Calligraphy was and is used in everyday life and art in ways no Western calligraphy ever has been. Gaur’s discussion of the social position of scribes, the meaning and purpose of calligraphy within society, women’s calligraphy, and the use of writing on Islamic buildings and in Chinese paintings, all make this book an informative guide.

The text is ponderously referenced to Gaur’s research on the subject (including DJ, for Donald Jackson’s Story of Writing), to a point that interrupts the flow of writing. Her scholarship, though seemingly thorough, does have its flaws, as when she credits all the ornamentation of William Morris’ Book of Verse (1870) to George Wardle, when in fact Morris himself decorated all but the first ten pages. The two styles of decoration are clearly different and are just as clearly attributed in the introduction to the book, written by Morris himself.

This book would have been a useful reference for me last year, when some visiting Japanese calligraphers “performed” at the Hilton downtown (in a cultural entourage that included sumo wrestlers at the arena). After each calligrapher finished his strokes with the brush and ink, the little crowd politely applauded. This is because, as Gaur explains, “In Japan, shodo (the way of writing), is not just a means to communicate (but) . .  an event which exists in its own right. . . Calligraphy opens a direct channel between the writer and the onlooker; it must be contemplated, not just read.” This thinking puts a different spin on your calligraphy demonstration down at the local art supply shop.

After the comparatively dry discourse of Albertine Gaur, Donald Jackson’s book The Story of Writing is just that, a story rather than a lecture, a lively romp through history with pen firmly in hand. Donald Jackson is a professional scribe (is this an understatement?) who counts among his clients the Queen of England, and is working firmly in the tradition of his culture. Jackson’s approach to history is the best kind, a sort of hands-on tour of the past. As anyone who has tried to teach history to kids knows, the best way is to put the identical tools in their hands and let them try it for themselves. In the same way, Donald Jackson brings history alive for a practicing scribe. Beginning on the first page with his remembered “thrill of satisfaction” at getting the two sides of an O to join up, and continuing through the methods and materials of history, Jackson’s perspective is definitely that of an insider.

The Story of Writing, out of print for five years, has been recently reprinted. Originally written as a companion for a series of films produced by Parker Pen International, its focus is on Western calligraphy as well as handwriting (“everyday scribble”), and begins with ancient picture writing on cave walls, cuneiform, Phoenician script, Egyptian hieroglyphics and Greek inscriptions. The obligatory chapter on the Roman Trajan letters is enlivened by an insightful discussion of the spacing and human proportions of those letters. In these chapters and throughout the book Jackson encourages the reader to take up the tools. Detailed illustrations for making papyrus, cutting reeds and quills, and the application of gold are included.

It is when Jackson reaches the Dark and the Middle Ages that he really hits his stride. Here his detailed research of methods and materials shines. His discussion of the Book of Kells resonates with intimate knowledge: “It is as difficult to paint fine lines with a brush on a velvety surface as it would be to do so on a carpet. A pen, however, forces the ‘pile’ down and creates a narrow groove into which the ink will flow and remain contained, producing much finer lines than we are used to creating on the shiny surface of modern paper.” Similarly, a caption of one of the photographs suggests that we make a “detailed tracing of a small section of the page,” to “learn more about the work of the Irish artists than any words can tell us.” Interestingly, Jackson says the text of the Book of Kells is full of errors, and in places almost “unintelligible.” The visual imagery was what was important in this manuscript.

The chapter on the Middle Ages is also a delight, packed with Jackson’s detailed study of illuminated manuscripts and loving description of what would go into a “masterpiece,” which was the piece that an apprentice would prepare of his best work to present to his master to qualify as a journeyman scribe. As many of us do, Jackson has looked closely at those professional scribes of yore, who worked for pennies to produce the many books demanded by a growing literate public. This chapter alone is worth the price of the book, as it includes detailed illustrations of illuminated manuscripts, their mistakes, annotations, colors, gilding, ruling of lines, ink, and drawing. On two pages, Jackson shows how to recreate an illuminated “B.”

After the advent of the printing press, or “ditto device,” Jackson traces the descent of writing in the days of the writing masters, who practiced “this simple and mechanical craft . . . a pen in one hand, and a trumpet in the other,” and finally down to the “mere scriveners,” the law clerks of the nineteenth century known for their miserable lives and drunkenness. These “were the last surviving workman scribes in a long line of penpushers stretching all the way back to Egypt.” These chapters are most welcome, as some histories of calligraphy abruptly stop around 1500, but Jackson follows the tradition through its dark days and up to its modern flowering. His discussion of the list of tools used by the scriveners, almost identical to the ones used by medieval scribes, could only have been written by a pen pusher himself. 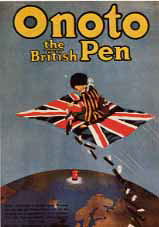 Jackson illustrates his subject not only with manuscript examples, but also with some lovely old paintings on the subjects of writing and printing, and the book is full of color (Gaur’s book has only eight color plates preceding the text). The text as well is colorful and perceptive, as when describing how, at the same time the blessedly clear Carolingian minuscule was developing elsewhere, the illegible and arcane script used by the Vatican persisted because “art does not flourish in an atmosphere of bureaucracy.” If you, like many people, fail to see the worth in studying history, Donald Jackson’s colorful and lively excursion into the past will bring you around. Then you may be interested in the more scholarly work of Albertine Gaur.

Both books available in the used book marketplace.