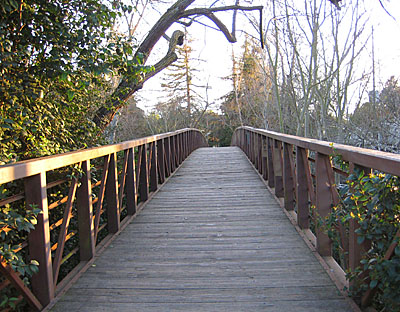 Today is the 100th anniversary of International Women’s Day. How far we’ve come! And how far we have yet to go! The symbol for this day is the Bridge. Women all over the world are gathering on bridges, to show solidarity with other women, to show that women excel at building bridges to solve problems. If given a choice, most women would prefer to talk out a problem than resort to fisticuffs. It is not that women  won’t fight; many have and will continue to fight for their children, for peace, for their own rights, for their own bodies and minds and hearts and souls. And we stand on the shoulders of those women who have gone before us, also fighting with their words and standing together. Bridging is what it’s all about, to bring equality and freedom and peace to the world.

I was fortunate to ride the peak of what’s commonly called second-wave feminism in the mid-seventies, when I was in college. I am painfully aware of women older and younger than me who are quick to claim that they are not feminists, yet they enjoy the freedoms and privileges  their sisters fought for, by going out on a limb and not being afraid of being called names, or jailed, or beaten, or killed. And still it goes on, and still the struggle continues.

Recently I have been reading the work of California author Charlotte Perkins Gilman, who lived over a hundred years ago, and applied her pen to the issues of women’s lives. Her most famous work is The Yellow Wallpaper, a chilling description of post-partum depression, which at that time was not acknowledged as a medical condition. I reproduce here two of her poems in honor of the day. The first is satirical on the subject of women’s suffrage, and could have been written yesterday (please keep in mind that the language she uses reflects the era she lived in); and the second is a cry to the women of the future, a hope for us to have continued the work and be the shining beautiful women that we are.

Women Do Not Want It

When the woman suffrage argument grew vigorous and wise,
And was not to be answered by these opposite replies,
They turned their opposition into reasoning severe
Upon the limitations of our God-appointed sphere.

We were told of disabilities–a long array of these,
Till one could think that womanhood was merely a disease;
And “the maternal sacrifice” was added to the plan
Of the various sacrifices we have always made–to man.

Religionists and scientists, in amity and bliss,
However else they disagreed, could all agree on this,
And the gist of all their discourse, when you got down in it,
Was–we could not have the ballot because we were not fit!

You may talk of suffrage now with an educated man,
And he agrees with all you say, as sweetly as he can:
‘T would be better for us all, of course, if womanhood was free;
But “the women do not want it”–and so it must not be!

‘T is such a tender thoughtfulness! So exquisite a care!
Not to pile on our frail shoulders what we do not wish to bear!
But, oh, most generous brother! Let us look a little more–
Have we women always wanted what you gave to us before?

Did we ask for veils and harems in the Oriental races?
Did we beseech to be “unclean,” shut out of sacred places?
Did we beg for scolding bridles and ducking stools to come?
And clamor for the beating stick no thicker than your thumb?

Did we ask to be forbidden from all the trades that pay?
Did we claim the lower wages for a man’s full work today?
Have we petitioned for the laws wherein our shame is shown:
That not a woman’s child–nor her own body–is her own?

What women want has never been a strongly acting cause,
When woman has been wronged by man in churches, customs, laws;
Why should he find this preference so largely in his way,
When he himself admits the right of what we ask today?

And here she is speaking to us today, the women of the future:

She Who Is To Come

A woman–in so far as she beholdeth
Her one Beloved’s face;
A mother–with a great heart that enfoldeth
The children of the Race;
A body, free and strong, with that high beauty
That comes of perfect use, is built thereof;
A mind where Reason ruleth over Duty,
And Justice reigns with Love;
A self-poised, royal soul, brave, wise and tender,
No longer blind and dumb;
A Human Being, of an unknown splendor,
Is she who is to come!

More poems from In This Our World by Charlotte Perkins Gilman may be found here and more about International Women’s Day is here.

Let us be those splendid women, proud to be women, unafraid of our strengths and wisdom and ready to stand together for our rights, which even in the enlightened United States, are threatened again and again. And let us not forget our sisters across the world, whose struggles are even greater than our own.