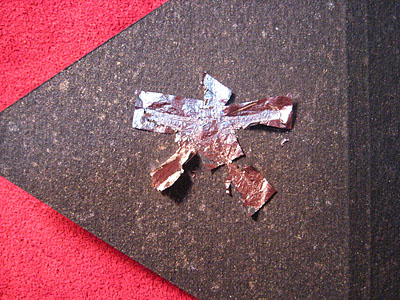 This weekend I’ve been gilding stars with platinum leaf, finishing out the deluxe books of my Star Spell edition. Gilding doesn’t always go the way I expect it to; there is a certain amount of serendipity to it. This time around it’s going well, and I’m fantasizing that maybe I’ve finally got a handle on it. Until the next time that is. A few photos of the process: above, the metal leaf after it is stuck to the base, and before the excess is brushed off. 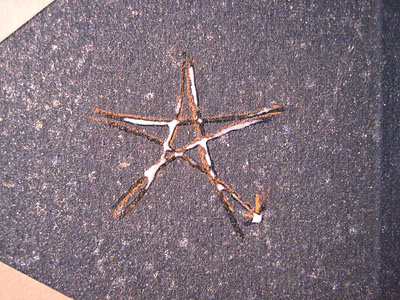 I’m gilding onto PVA, slightly thinned down and run through a straight ruling pen; this photo shows it only partially dried. I first sketch the star with a pastel pencil for placement. When the gilding is done, I erase the brown marks with the edge of a old ink eraser, VERY carefully. 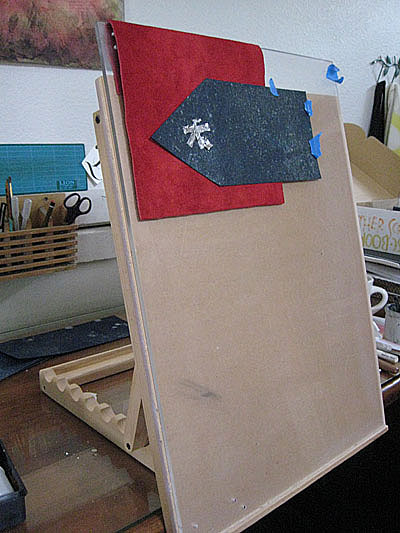 After years of straining my neck to bend over my gilding, I’ve finally set up one of my portable slant boards so that I can sit pretty well upright while working. I use a cushy piece of red leather underneath my gilding area; that little bit of give lets the burnisher push the gold into the pesky edges. 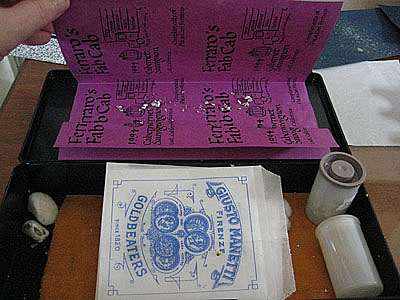 Above is a funny little aid to gilding that I must credit to Peter Thornton. It’s simply a piece of paper folded as you see, very useful for catching those extra bits of gold that are brushed off the finished piece. The way this is folded, it catches those ever-so-weightless bits and contains them in the bottom fold until I can gently tap them into an old clear film canister, saved for later use in paste paper or papermaking. The paper itself is a real relic and exactly dates when I learned this trick: it’s a 6-up copy of a wine label I made for the last vintage of wine we bottled; Ferraro’s Fab Cab (cabernet) was bottled in 1995. 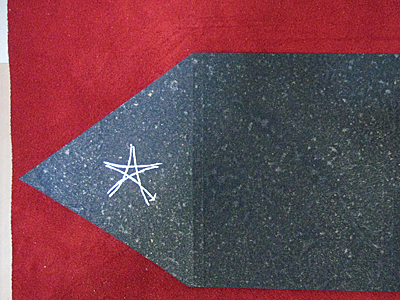 Above is the finished gilding, and below, the edition as it looks in its publicity photo. There are only a few of the deluxe edition left. 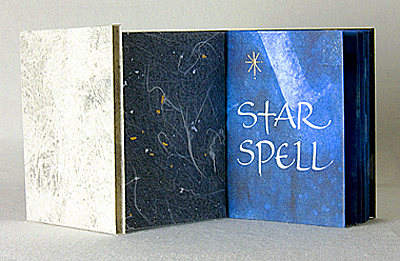