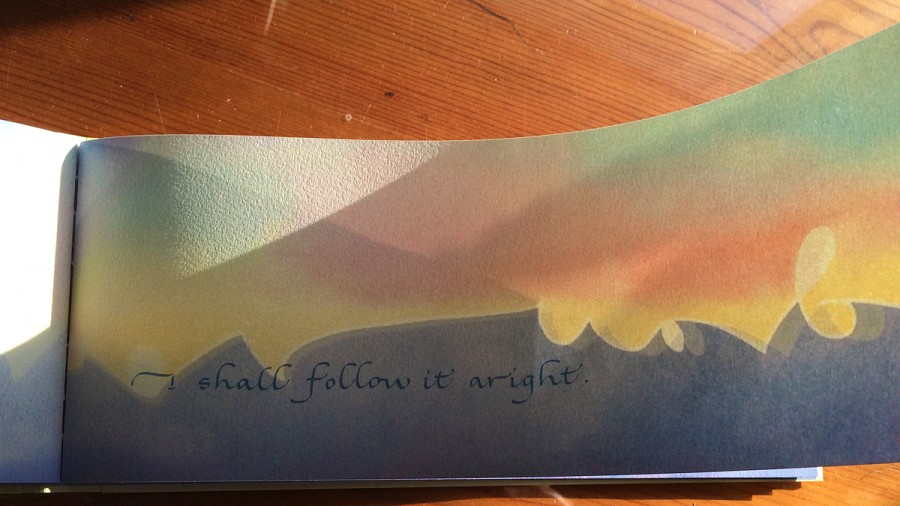 Morning Prayer / Evening Prayer has been my labor of love for the past several years, a long time of pondering, making, stopping, returning, doubting, enduring – interrupted by uncertainty, by work for others, by planned and unplanned physical calamities – all this left me a bit shy of picking them up again, every time I returned. My habit is to work in isolation and not to show the tender first drafts to anyone, so I spent long months wondering just what I thought I was doing, second guessing my design decisions, and changing the form more than once. 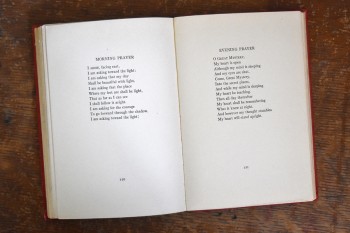 All of this led me around again to my appreciation of Mary Austin’s writing. Her poems became actual prayers in my life. When I despaired of ever finishing, the words of the poems themselves guided me. Many a morning I looked out my eastern studio window, “asking for the courage / To go forward through the shadow.” Many a dark night I spun the worry-go-round in my mind, holding to the hope that “however my thought stumbles / My heart will stand upright.”

During these years I copied the poems in my journals and drew horizon lines of words to explore Mary Austin’s “landscape line,” her phrase for a poetic rhythm growing naturally out of the land. My idea to scribe it as an actual line led me to the core design of the books, a visual idea I tried out while illustrating another of her poems, Whisper of the Wind. 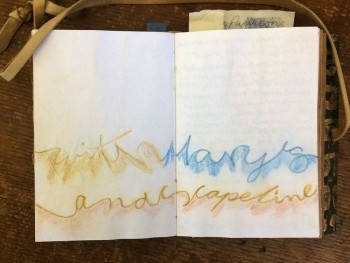 Truly my love of these poems kept me going. Published in her book The Children Sing in the Far West, a gathering of her poems from nearly forty years of writing, Mary Austin writes in her preface, “I made most of the poems in this collection with the help of the children in my school. . . in this manner I was led into the secret of how the great Southwest feels to those who have never known any other country.” As a schoolteacher in the newly settled Owens Valley during the 1890s, she had a special feeling for those “who wish to come into touch with the great West by the children’s road”. The poems use the smallest language to describe the largest ideas, kept simple so they could be called up from memory and brought easily to voice. Facing east in the morning to greet the sun and west in the evening to greet the night is surely one of the oldest forms of prayer. They seem to speak to the long views one can take in the desert, the unimpeded vision in a large land where one can actually see the horizon.

Mary Austin’s life and work has fascinated me since I first discovered her writing in 2004 while driving up Highway 395 through the Owens Valley, east of California’s Sierra mountain range. North of Death Valley, I noticed a caption for Independence on the AAA map that said “Home of Mary Austin, Writer.” I had never heard of her, but soon remedied that by picking up a copy of her best known work, The Land of Little Rain. I was newly, unexpectedly, enchanted with the desert, so this collection of vignettes, first published in 1903, beguiled me. I found that like myself she had come to California from the Midwest as a young woman, but what a different state she arrived to, nearly a century before I did! Reading Mary Austin answered a certainty in me that “the spirit of the land shapes the art that is produced there.” Like the Walking Woman in Lost Borders, I too went to the land to become “sobered and healed at last by the large soundness of nature.”  And in one of her best-known evocations of the land, I found a sister writer who felt the feminine in the earth: 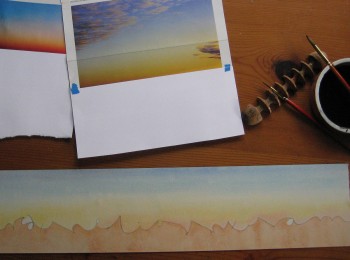 “If the desert were a woman, I know well what like she would be: deep-breasted, broad in the hips, tawny, with tawny hair, great masses of it lying smooth along her perfect curves, full lipped like a sphinx, but not heavy-lidded like one, eyes sane and steady as the polished jewel of her skies, such a countenance as should make men serve without desiring her, such a largeness to her mind as should make their sins of no account, passionate, but not necessitous, patient—and you could not move her, no, not if you had all the earth to give, so much as one tawny hair’s-breadth beyond her own desires. If you cut very deeply into any soul that has the mark of the land upon it, you find such qualities as these. . . ”

It is passages like this that made her, as Carl van Doren wrote: “. . . distinctly a woman’s woman. The men in her audiences listened to every word she said, but the women hung on her words, acknowledging her power while trying, I suppose to guess her secret.” Like John Muir writing of the mountains, Mary Austin wrote of her beloved desert in rhapsodic language and with a keen intelligence. She often used the descriptive style of the Victorian era, dense with exaltation, often venturing into the mystical. But her descriptions of the desert’s flora and fauna are those of a naturalist, for her formal education was in science.  She learned to write of the Spanish and Indian strands of the California landscape in a way that involved listening. An early feminist, she worked for women’s suffrage, and tirelessly for the recognition and dignity of the people she called Amerindian. 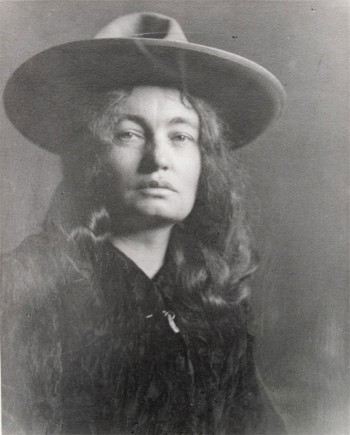 This photo, taken by Charles Fletcher Lummis about 1900, shows Mary Austin in her early thirties, at a time when she had begun traveling around California, meeting other regional writers and the western literary community. She was soon to leave her desert home of Independence, and the bitterness of marriage and motherhood, for her own independence. By 1905 she was well-enough known as a writer to interview William Mulholland in Los Angeles for an article to be published in the San Francisco Chronicle. She was a sharp-sighted woman, and after the interview, Mulholland reportedly said, “By God, that woman is the only one who has brains enough to see where this is going!” which was the taking of the Owens River for the booming city to the south. As someone who worked in California water education many years ago, this delights me.

She went on to write many more books, eventually settling in Santa Fe. Toward the end of her life, she collaborated with Ansel Adams to produce the legendary book Taos Pueblo in 1930, with her writing and his photographs. It was produced in a limited edition of just over 1000 copies, exceedingly rare now, and hugely expensive.  At the time, Adams was impressed and somewhat intimidated by the well-known author, but the dramatic Southwest light seduced him as it had her. 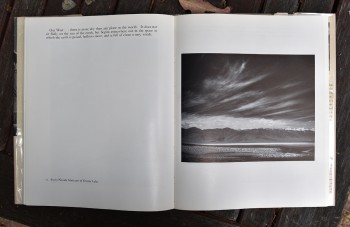 Many years later he paid homage to her by providing photographs for a 1950 special edition of her first book The Land of Little Rain, twenty-six years after her death. This book is more readily available. “Out West . . . there is more sky than any place in the world. It does not sit flatly on the rim of the earth, but begins somewhere out in the space in which the earth is poised, hollows more, and is full of clean winey winds.” I have collected many of Mary Austin’s books over the years, some of which are first editions, lovely illustrated hardbound volumes in the way books used to be, an especial delight for me as a bookmaker. Many of her books are also available as digital editions now.  In 1950, H. G. Wells wrote of her, “What other woman can touch her? Her work will live when many of the more portentous reputations of today may have served their purpose in the world and become no more than fading names.” 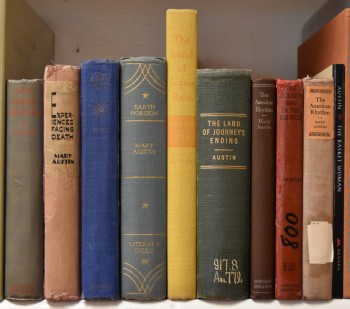 Today, however, she is not well known, except to readers of early western, feminist and environmental literature. Her work has slowly become better known in recent years, sturdily fighting the common fate of obscurity of many women writers, as Ursula K. Le Guin so vividly describes in her essay “Disappearing Grandmothers.” More women in the fields of writing, research and publishing have helped make Mary Austin better known, as she was in her lifetime. Even music has helped her be better “heard.” During the years when I was busy with other projects, but still turning her poems around and around in the back of my mind, the seed of my idea was watered by hearing a musical interpretation of Morning Prayer, on Libana’s 2010 album “Turning, Songs of Earth Reverence and Peace.” I had loved the poems before, but now that I had a tune they lodged in my memory even more tenaciously.

Mary Austin was a trailblazer. Her work helped seed the movement to preserve wild lands. She gave us a reverent language to speak of of nature that sometimes sounds modern, so pervasive has the earth love she wrote about become. As Carl Van Doren wrote of her, she “. . . . . . went into the venerable desert, put her heart to the ground, heard men walking and gods breathing, mastered herself by generous surrender to the earth and sky, and came back to the world of muddy tumult with clear eyes. Because the world had no bread for a prophet, she wrote books to live by. Her books were wells driven into America to bring up water for her countrymen, though they might not have realized their thirst. She . . enlarged the national imagination . . . and invested the land with magic.” 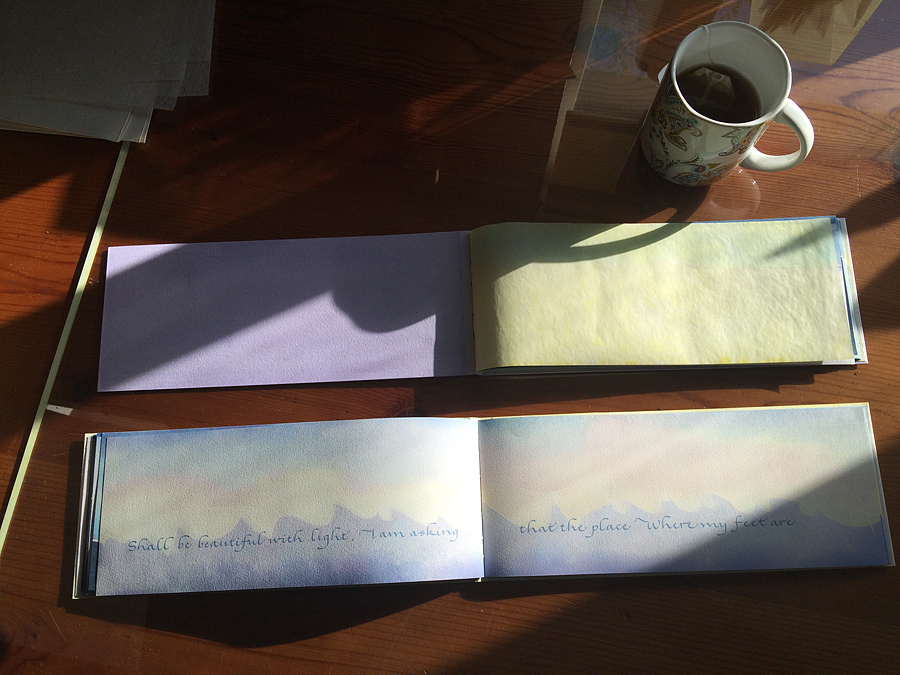