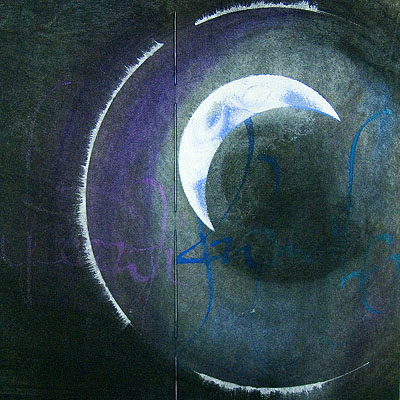 I have been thinking about circling. Last week I found myself in a discussion on a Facebook friend’s page, with someone on a very different spiritual path than mine. The friend whose page it was had quoted the Dalai Lama: “My religion is very simple. My religion is kindness.” A Christian reader took issue with this, saying kindness alone was meaningless unless you read the Christian bible and submitted to Jesus Christ as your savior. I could not let this go by, so I replied, after sleeping off my frustration:

I will say this as carefully and respectfully as possible: for me, personally, and for many other people that I know, men and women both, it has felt more right to honor Goddess in our lives. I always hear “God doesn’t have a gender” to which I reply “Great, then you won’t mind if I say Goddess instead, right?” and the answer is almost never yes. For me, Goddess embodies loving, kindness and forgiveness. And for women in general, submission has not been good for them, in fact, often very dangerous. I believe we all have a spark of the Divine inside of us; that is the meaning of the word “Namaste”: “I honor the Divine in you as you honor the Divine in me.” That is why I gather in circles instead of in rows of pews listening to someone who claims to be the intermediary between me and the Divine. I don’t need a middleman; I can feel the love of Goddess any time and any where that I need to. In a circle we can all look into one another’s eyes, share our stories, and love one another much more easily.

The inspiration for this post today comes from a post by Alice Walker on her blog. This is not the first nor probably the last time this wise woman has spoken directly to my heart. The post is long but read the whole of it; at the end she includes the poem I have been working with in my studio for the last few years, and which inspired the image above, a detail of Earthrise as it might be seen from the moon. Her poem “We Have a Beautiful Mother” is one of the most beautiful litanies to our Mother that I have ever read, and should be read by everyone on the planet every day, at least once, as the prayer that it is, to remind ourselves where we truly come from and where we will truly return.

Some years ago one of my children had the great good fortune to attend an alternative public high school in San Jose called The Foundry. This school was for kids who were the square pegs who couldn’t fit in the round holes of the so-called regular schools. They were the kids that society wanted to throw away: kids who were in the juvenile justice system, who had addiction problems, whose parents were in jail, who lived in foster homes, or were just “different.” One of the best things about this school is that all the kids had to gather in a big circle twice a day with the counselors, and talk about their stuff. And they HAD to talk; if a kid was just too shut down to talk, they might have to take their chair into the middle of the circle and listen to the rest of the kids talk to them. It was one of the most healing experiences I have ever had, and I can say that because the parents of these kids were required to do the exact same thing at least twice when their kid entered the school, and they couldn’t talk about their kid’s problems; they had to talk about THEIR stuff. It was incredibly transformative. That school healed so many kids during its 25-plus years, until it was gutted a few years ago by the infamous “No Child Left Behind” act of our fearful leader, because these kids weren’t achieving on the standardized tests. The fact that this program was actually saving their lives was immaterial. Today the school is run in a lockdown way; the counselors have to wear walkie-talkies because they are so afraid of their own students. And I doubt very much that they gather in circle any more. It’s been a tragic loss for this community.

A few months ago a spiritual mentor asked me to name what, to me, would be the most magical symbol, and I answered without hesitation, a circle. I do believe there is great magic in circles of all kinds, whether a circle of souls reaching out to one another, or the great globe of our Mother the Earth.