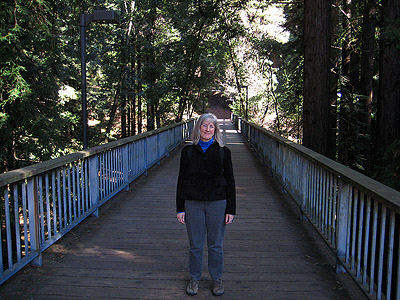 This could be titled Portrait of the Artist as a Grownup Woman. Yesterday I visited my alma mater, which comes from the Latin and literally means “nourishing mother.” The ancient Romans used the term to refer to the goddesses Ceres and Cybele who protected their city. We use it today without fully realizing the original meaning. For me, this was a pilgrimage of sorts, a return to my roots and the place where I began to blossom as a young woman with a dream of becoming a writer. I have become a writer, but not in quite the way I imagined.

The first time I visited the University of California at Santa Cruz, I knew immediately it was the place I needed to go to complete my college education. Going to classes on this campus was like living and working in an enchanted forest. I crossed the bridge almost every day to reach the greater campus, and it still appears to me in dreams, for it was a bridge to my future. 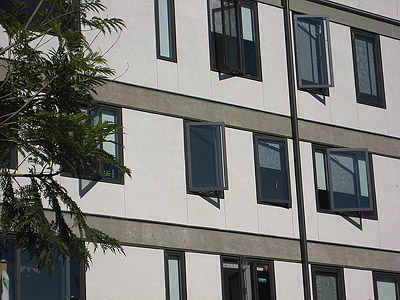 I transferred to UCSC as a junior, after having gone for three years to a community college in southern California. I lived on campus, in a second floor single room (with the window opened above). The size of large closet, I still loved that room, for it was all mine, and I would lay in the moonlight at nights and vision my future. And then I would get up and enter the fairytale forest again, pursuing my ambition.

As it turned out, I had a great many wonderful experiences here, and some not so wonderful. A university is not always the best place for a tender creative soul. I was majoring in Literature with a minor in Creative Writing. I had the great good fortune to have as an instructor and advisor the late James Houston, who encouraged me to write about my female ancestors. I always wanted to tell him years later that I had become a writer, just not the kind of writer I was training to be, but I never had the chance. Still, his influence on me was the best thing I brought away with me. Not so fortunately, my advisory committee was composed entirely of men, and during their review of my senior thesis, I was told by the head of the department that my writing was “too personal.” I was not sturdy enough to know how to take this, and it effectively silenced my writing voice for many years. Later, when I had some more “personal” life experience, I began to suspect that perhaps this criticism was code for “too female.” This was during the mid-seventies, and though second-wave feminism was having a profound effect on me, it had not reached the minds of certain of the older generation of faculty. 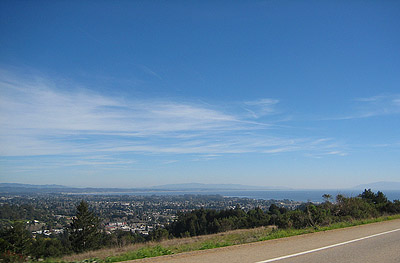 The forest was only one part of the magic of Santa Cruz: when I needed another kind of escape, I could go down the hill and visit the ocean. It was the best of both worlds. So yesterday I made sure to visit my other alma mater, Mother Ocean, where I spent many hours in those years walking the shoreline. During my senior year, I lived about a half a block away, so the sound of ocean waves entered my dreams. 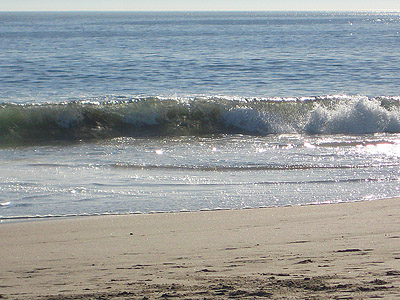 Earlier this week I visited a book fair that left my head spinning with new ideas and inspirations for future work. It left me so breathless that I felt the need for this other visit to the past, to ground myself and remember where I came from, what some of my first dreams were. For many years I worked as a calligrapher using other people’s words, but that has changed, and I have been using my own words as well during recent years. Especially when I began making books, it seemed more important than ever to include my own content. It makes my work more authentic when I include my own voice, and I am no longer afraid of that voice. I am mining those personal writings from college days, finding bits of story that may eventually find their way into my bookworks; for now, I’m exploring my long-ago words in my art journal. “It began with the dream, and the dream went so . . .” (but that is a story for another time). 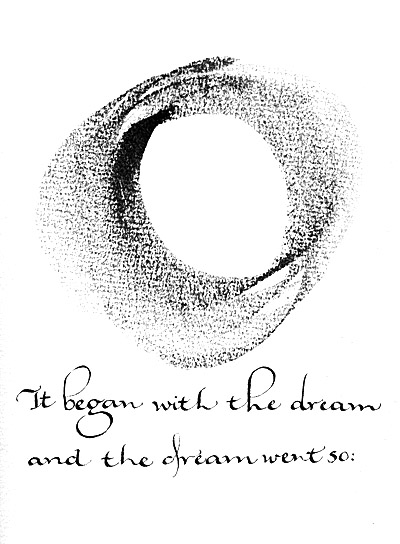 It is good to be reminded that my feet are firmly planted, and though the sands may shift beneath me, I am leaving my mark. 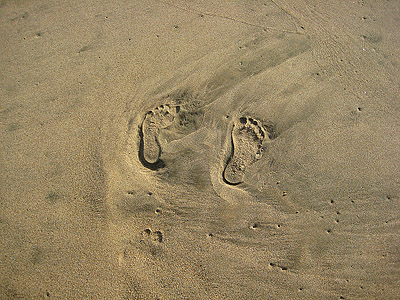 Next post: The Secret and Ordinary Ways of Magic